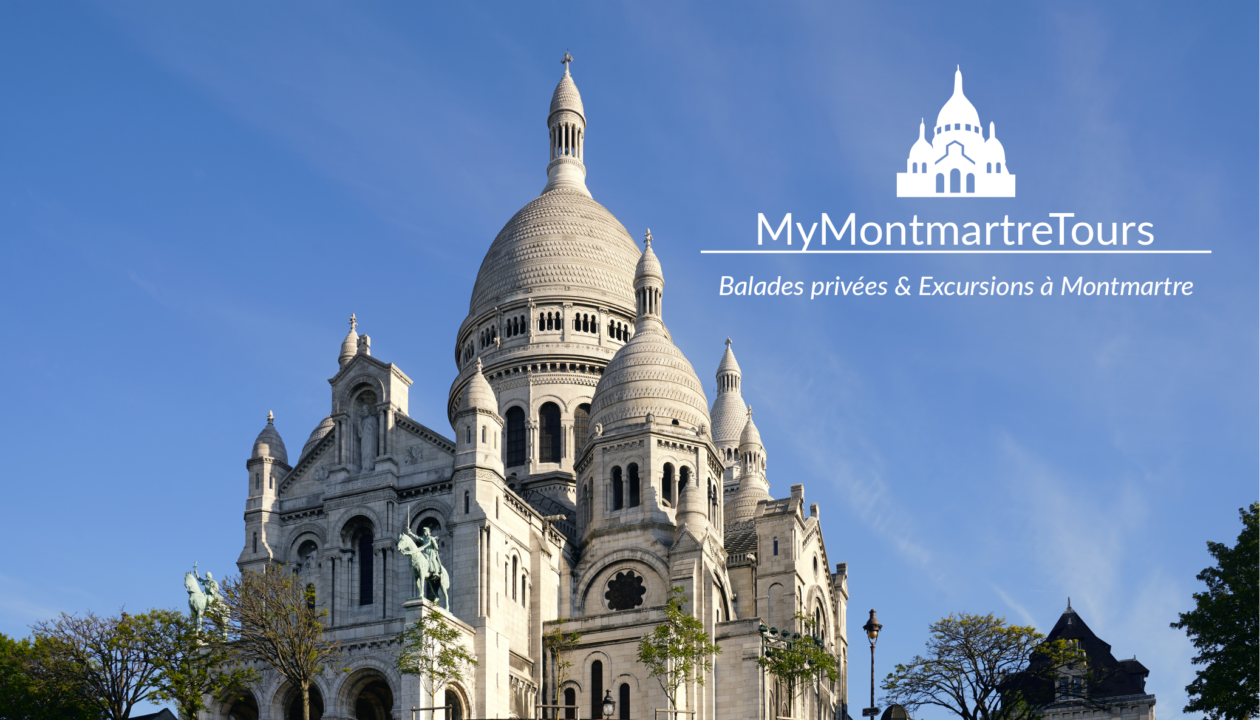 The view of the Sacre Coeur Basillica from the bottom of the hill.nnThe Basilica of the Sacred Heart of Paris, commonly known as Sacré-Cœur Basilica and often simply Sacré-Cœur (in French, Basilique du Sacré-Cœur) is a Roman Catholic church dedicated to the Sacred Heart of Jesus, in Paris, France. The basilica is located at the summit of the butte Montmartre, the highest point in the city. It was designed by Paul Abadie and was constructed between 1875 and 1914. – Wikipedia